Culinary Diplomacy – US Embassy in partnership with the Oxford Cultural Collective 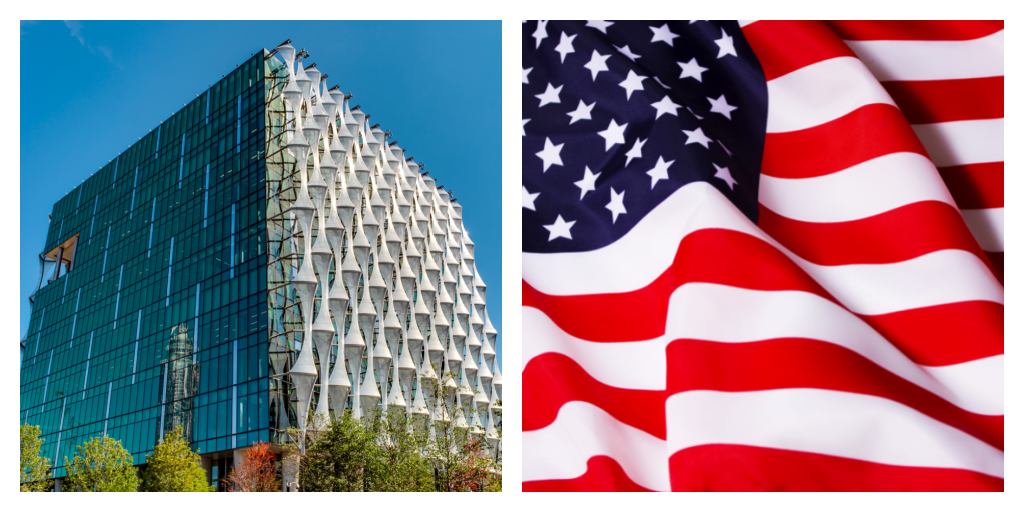 The US Embassy in London and the Oxford Cultural Collective are working together to deliver a programme of Culinary Diplomacy, to explore and celebrate the best of American food and drink culture.

Through a series of creative events, the initiative will introduce guests to renowned cultural ambassadors – those working in food and drink, including writers, chefs and activists, who are making significant and progressive contributions to American society in fields including race equality, tackling the climate emergency and post-covid recovery. The programme will capitalise on the humanising effect of food and drink – bringing people together to discuss shared interests, to consider alternative futures and to build meaningful relationships. The aim of Culinary Diplomacy is also to achieve tangible and lasting impact – to inspire collaborative legacy projects, with contributions from the UK and US, which live on after the initial series of events is complete.

The programme is in part inspired by the US State Department’s formal adoption of Culinary Diplomacy back in 2012, under the leadership of Secretary of State Hillary Clinton. The objective was to cultivate cultural understanding and strengthen bilateral relations, through the shared experience of food. An American Chef Corps, including prominent figures such as Rick Bayliss, April Bloomfield and José Andres, contributed to this collective diplomatic engagement.

The most recent of the first two events in the Culinary Diplomacy programme took place at the US Embassy in London on 18th September 2021. It focused on the ground-breaking Netflix series, High on the Hog: How African American Cuisine Transformed America, and on the book of the same name by OCC Patron and culinary historian, Dr. Jessica B. Harris.

Andi Oliver, chef and broadcaster, interviewed Dr Harris and Stephen Satterfield, presenter of the series, via videolink from the US.  Around eighty invited guests, including journalists, activists, politicians, diplomats, chefs and food writers, gathered at the Embassy to listen to a discussion that was powerful and emotive.  Dinner was prepared by Jacob Fodio-Todd, chef and co-author of the Groundnut cookbook. 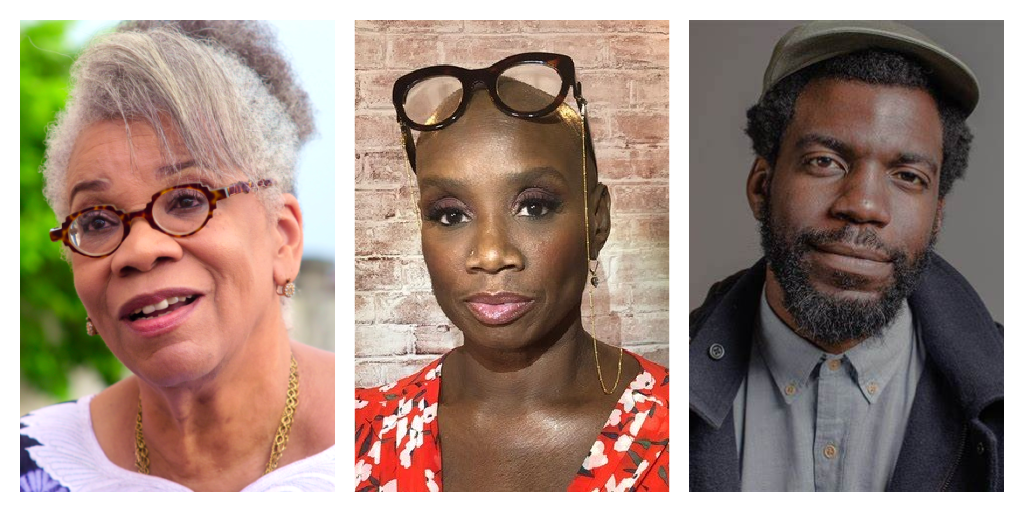 Despite initial trepidation about her book forming the basis of a Netflix documentary series, Jessica reported being heartened by how well the series has been received. Not only has it introduced her work to a much wider international audience, it has also drawn many more people into a conversation about food and African American identity.

Stephen outlined the transformative impact of his visit with Jessica to Benin, which features in the first episode of the series. He described it as going home to a country he had never visited. Being situated in a place from which staggering numbers of people were forced out of the African continent, into slavery, proved to be a profoundly emotional experience. Much of the discussion focused on the sense of agency and empowerment to be gained by connecting in this way – particularly for those who may feel culturally ‘unmoored’. For Jessica, engagement with the food heritage of African nations, and identification of culinary connections that live on to this day, can help strengthen a sense of community amongst those in Diaspora.  It serves as a reminder that there is a place that is, in her words, “the bedrock of my origin“.

The conversation also focused on the future – on where reflections on the origins of food culture, and links to individual and collective identity, might take us. In this regard, both Jessica and Stephen highlighted challenges, particularly the widespread tendency to de-value and even demonise food of African origin – most probably a consequence of systemic racism. They see High on the Hog as part of a wider movement to reclaim lost history, to celebrate the resilience and ingenuity of African Americans and to generate confidence and pride in a vibrant food culture that has too often been overlooked.

For more images form the High on the Hog event, follow this link. 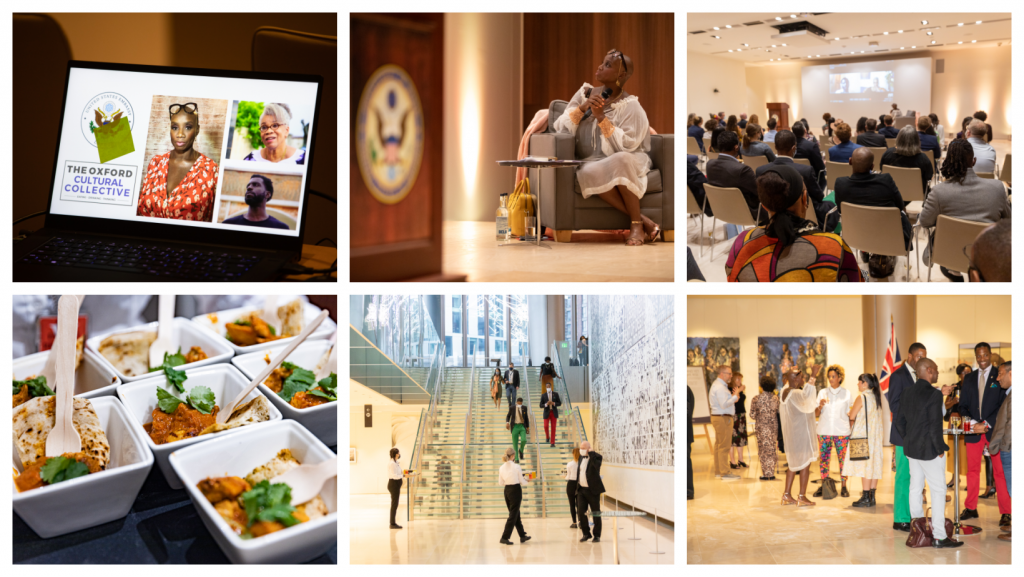 The Culinary Diplomacy programme began with a dinner in observance of Juneteenth (19th June 2021), a reflective day to commemorate the end of slavery in the United States. The event was held alongside the Pavilion of the African Diaspora, on the River Terrace at Somerset House, as part of the London Design Biennale. The evening included dinner prepared by chef Paul Bloomfield, Patron of OCC; a recital by Ben Okri OBE, Booker Prize-winning author and poet; and  a musical performance by Peter Adjaye featuring Muti Musafiri’s InforMotion collective. 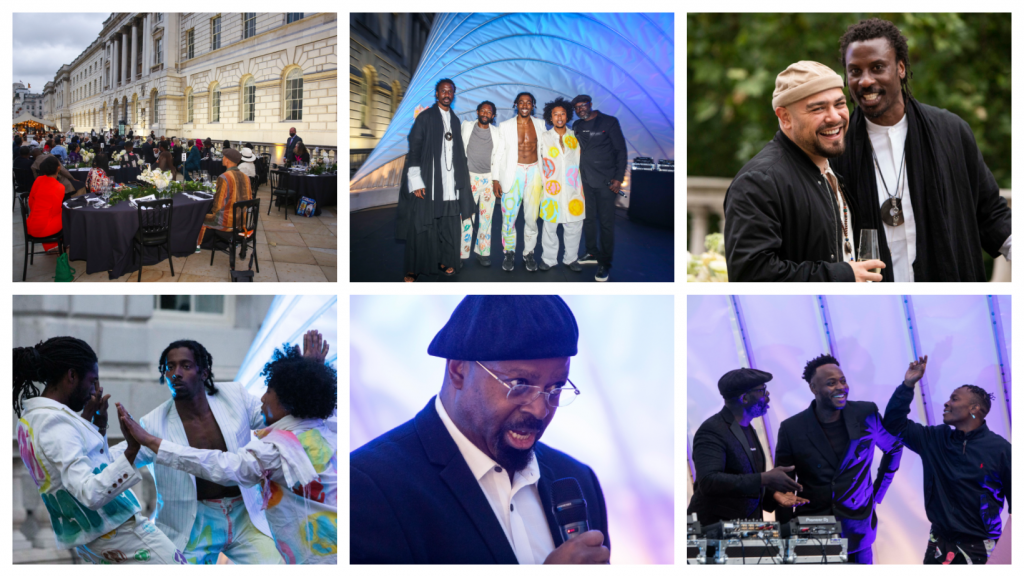