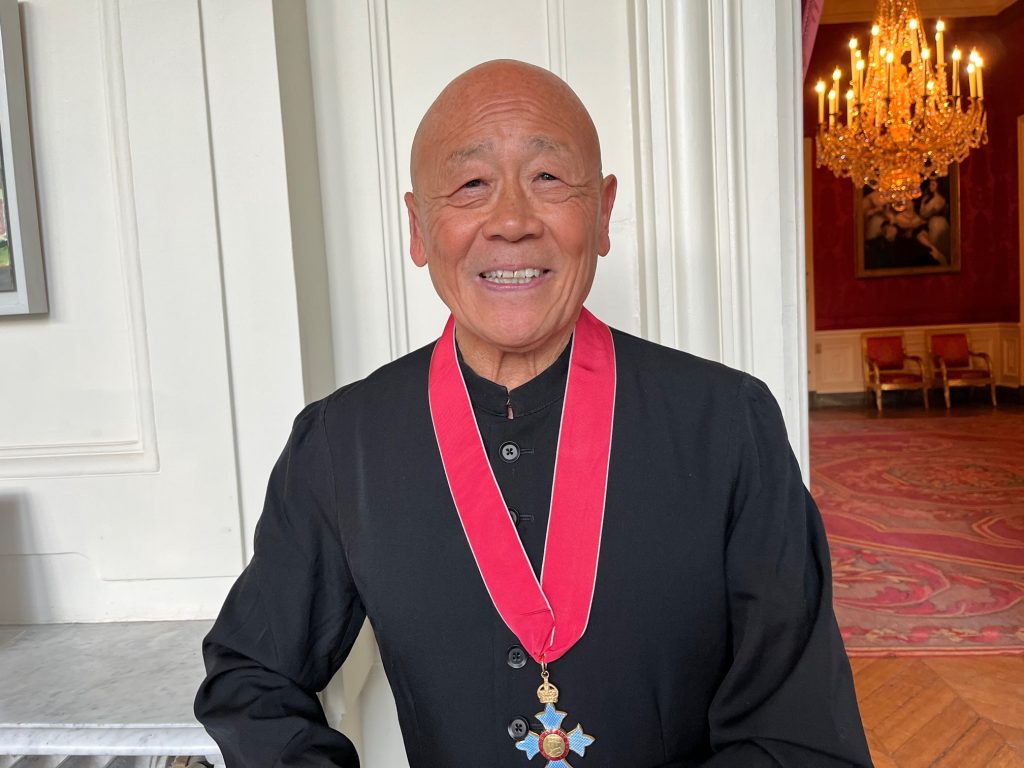 At a ceremony in Paris on 4th November 2022, Dame Menna Rawlings, British Ambassador to France, presented OCC Patron Ken Hom with his CBE, for services to charity, culinary arts and charity.

Held in the magnificent Hôtel de Charost, the official residence of the British Ambassador since 1814 (when it was bought by the Duke of Wellington), the ceremony was attended by around 50 of Ken’s close friends and colleagues.

Ken Hom is known to public audiences as a chef, broadcaster and author – as the man who introduced the British to authentic Chinese cuisine – but perhaps less is known about his sustained support for charities.  In her address, the Ambassador acknowledged Ken’s immense contribution to his chosen charities, Action Against Hunger and Prostate Cancer UK. 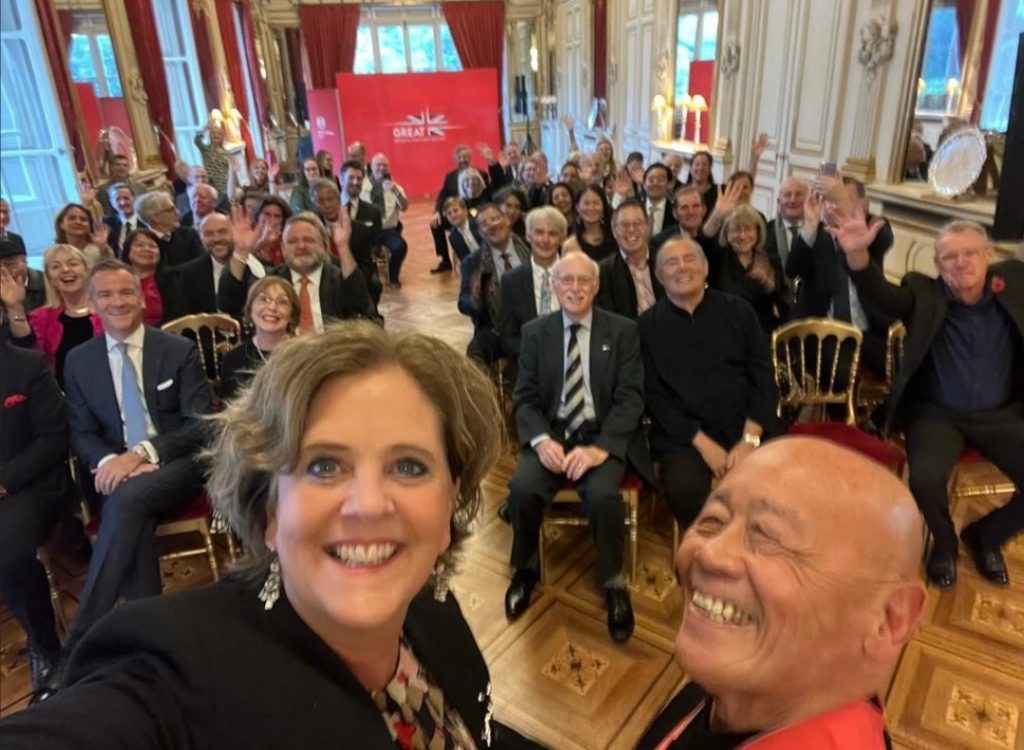