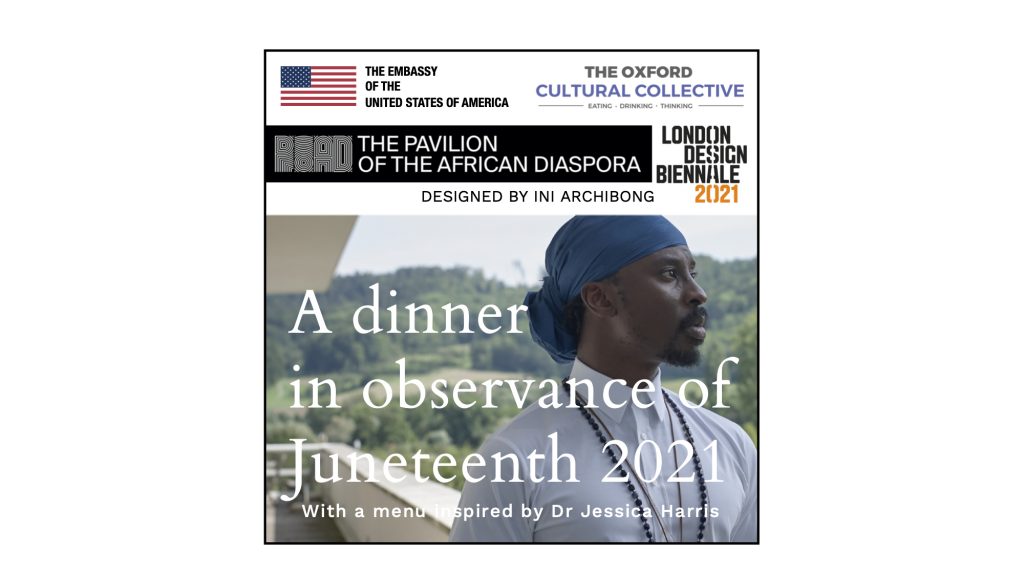 The Oxford Cultural Collective, working in partnership with the US Embassy in London and the Pavilion of the African Diaspora at the London Design Biennale, staged a dinner in observance of Juneteenth, a reflective day to commemorate the end of slavery in the United States.

This was the first event in a collaborative series, to be known as Culinary Diplomacy, which will explore and celebrate significant aspects of US culture.

The dinner took place outdoors on the River Terrace at Somerset House, as part of the London Design Biennale, alongside the Pavilion of the African Diaspora, created by renowned designer Ini Archibong.

The menu was inspired by the work of Dr. Jessica B. Harris, Patron of the Oxford Cultural Collective and authority on the food of the African Diaspora. It featured dishes from locations in which those of African origin have shaped tastes and culture.  Dinner was prepared by chef Paul Bloomfield, who is also a Patron of the Oxford Cultural Collective.  Paul commented: “All of us thrive on being part of a lively professional community, which made it tough being in lockdown for so long. This event, in partnership with the US Embassy, was the perfect return to live events for the Oxford Cultural Collective.  As well as marking Juneteenth, one of the most significant moments in US history, we had the privilege of working with a really creative team and of welcoming a fascinating range of guests.”

Juneteenth, or June 19, is a reflective day to commemorate the end of slavery in the United States. On January 1, 1863, President Lincoln signed the Emancipation Proclamation to abolish slavery. Yet it wasn’t until two and a half years later, on June 19, 1865, that his notice of freedom was received across the entire country. Since then, Juneteenth has come to mark not only the effective end of chattel slavery, but the reality that freedom and justice have been delayed for far too many.

Juneteenth serves as a reminder of our collective responsibility to grapple with the enduring legacy of slavery and to tackle the barriers to full equity and justice for Black people in the US and around the world. It is also a day to honour the extraordinary contributions of the Black community throughout history in the face of ongoing adversity and systemic racism.

Juneteenth is not a celebration of victory; it is an affirmation of strength and resilience, and a reminder that the moral arc of society bends toward justice. Acknowledging the persistence of systemic racism, and signalling the new US government’s commitment to tackling racial injustice, Vice President Kamala Harris commented: “Here’s the truth about racial injustice: It is not just a Black America problem or a people of color problem.  It is a problem for every American.  It is keeping us from fulfilling the promise of liberty and justice for all, and it is holding our nation back from realizing our full potential.” 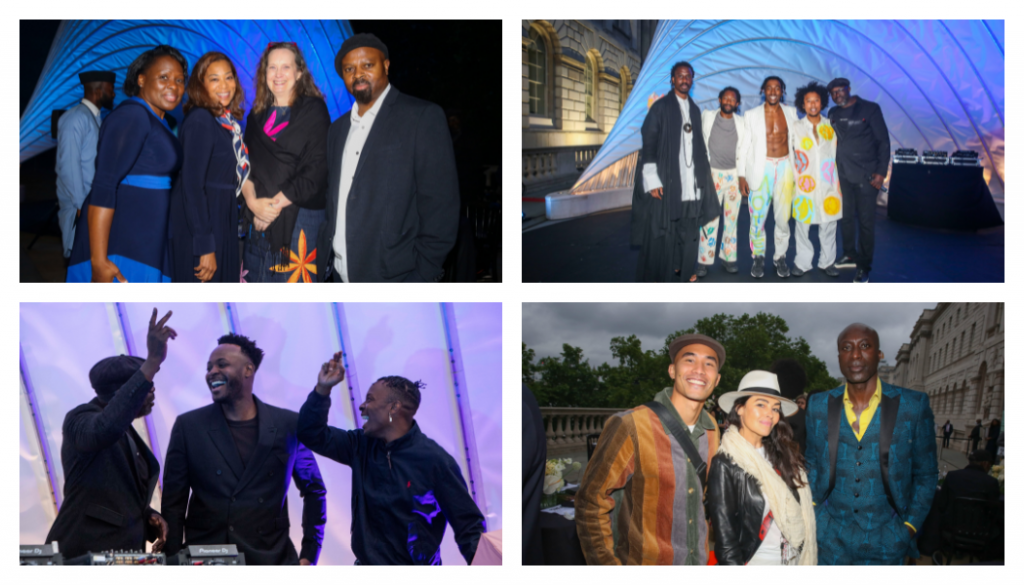 OCC in partnership with The Embassy of the United States – at Somerset House, 19th June 2021