Over the last few weeks, I’ve heard many affectionate comments about Charles Campion’s dry sense of humour, his modesty, the support and loyalty he showed to others, his love of honest British food and beer and his occasional weariness with the modern world. As if proof was required, it’s clear that Charles will be sorely missed.  Posting on social media, his daughter Ashley summed it up perfectly: “Everyone who came into contact with him came away a little better for it.”

One great privilege of working in food and drink is meeting the producers, chefs, restaurateurs and writers who shape the rich culinary cultures of regions and cities, worldwide. That so many of my food-focused trips were with Charles Campion was a particular pleasure.  He was the ideal travel companion. Whether dining in a traditional Creole eatery in New Orleans, a Jewish deli in Manhattan or Michelin-starred restaurants in Belfast or Beaune, he always had an infectious enthusiasm for food that was prepared with love and that was true to its location and heritage. Charles was, of course, a professional eater.  Given his eagerness to learn, we would often enjoy multiple dishes from a single menu, and wouldn’t limit our intake to breakfast, lunch and dinner.

When I first got to know Charles his career in advertising was behind him and he was an established restaurant critic and food writer, contributing to the Evening Standard, The Times and The Independent, as well as numerous specialist publications.  He was responsible for the Rough Guide to London Restaurants and subsequently Campion’s London Restaurant Guide, which reflected his preference for small-scale, independent operators. His most regular television appearances were as a judge on the BBC’s MasterChef. Fellow judge Tracey MacLeod described him as: “the most knowledgeable, courtly and clear-eyed of colleagues around the Masterchef critics table.”

In many ways Charles was an unlikely media figure. He may have had a larger than life presence, but he didn’t actively seek the limelight. He was refreshingly unstarry and steered clear of those he felt were self-promoting.  He didn’t engage with social media, and even emails were a trial for him, preferring instead to pick up the phone for an impromptu catch-up.

As a Founding Patron of the Oxford Cultural Collective, Charles gave generously of his time and expertise. He was an active member of our community, supporting the Collective’s educational and cultural agendas with well-informed advice, encouragement and introductions.  Most importantly, he brought his convivial spirit to every occasion of which he was a part, and that is what we will miss.

All who are part of the OCC team send their love and best wishes to Charles’s wife Sylvia, and to his daughter Ashley and son Geoff, of whom he was immensely proud.

Listen to Charles Campion: A Life Through Food, a tribute from the BBC Radio 4 Food Programme, broadcast on 14th February 2021. 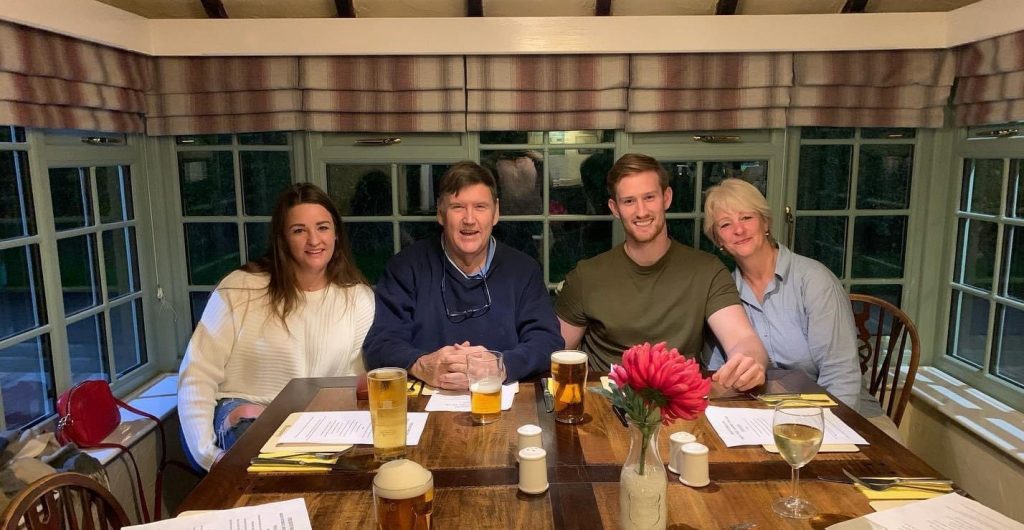 Charles with his family – Sylvia, Ashley and Geoff