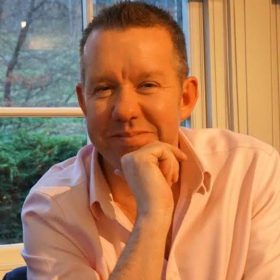 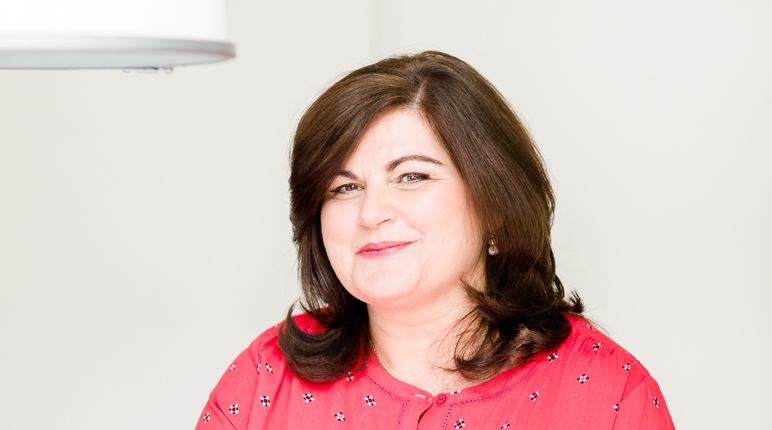 Donald Sloan talks with food writer Diana Henry about her use of food photography in her acclaimed cookbooks.

(with thanks to Miranda Harvey)

‘There is poetry in menus’, writes Diana Henry in the introduction to her latest book, How to Eat a Peach. ‘They can transport you to the Breton coast, or to a Saturday night in Manhattan.’ The book is her testament to the evocative power of menus – to menus as a stimulus of vivid memories, of anticipation and longing, of their ability to convey a sense of place. This is the perfect focus for Diana, one of the most literary of food writers, whose work explores how food connects us to each other, to places we have been and experiences we have had.

I join Diana Henry with her long-term collaborator, the art director Miranda Harvey, to discuss the use of photography and design in the production of her acclaimed cookbooks. As someone who sees herself first and foremost as a writer, she originally planned to avoid using photographs. “I somehow felt this would lessen the importance of my contribution. But thankfully, I soon realised the potential of images to help me tell stories.” It’s clear that her close relationship with Miranda, with whom she has worked on eleven of her twelve books, over nineteen years, has shaped her creative approach. They talk excitedly together, finishing each other’s sentences, displaying an intense mutual respect and an understanding of what complementary skills each brings to the table. For Miranda, Diana’s innate visual sense, her ability to ‘see’ stories as well as to articulate them, is a particular strength.  In addition, her “enormous generosity of creativity”, brings the best out in all members of their team, giving them the confidence to contribute their own ideas. 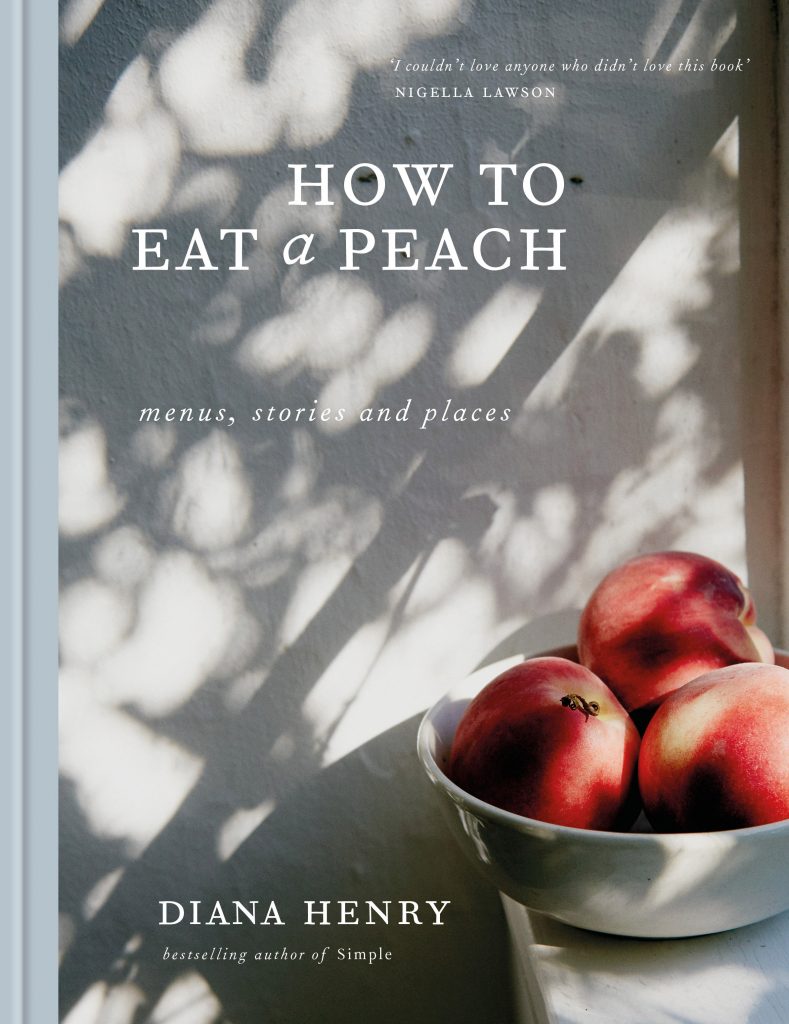 Each project begins with Diana’s vision. Together, she and Miranda work to interpret the vision, giving thought to how photography and design should complement and strengthen the narrative. With the stylist and photographer they begin to test their ideas, taking time to review, assess and, if necessary, start the process again. Instead of being concentrated into short, intensive sessions, photo shoots span several days, enabling a more reflective, collaborative approach.

In the case of How to Eat a Peach, Diana had wanted to do a book of menus for a long time, not simply as a record of her travels, but also as an expression of her imagination. Rather than food itself, the starting point was a series of essays which capture the character and mood of the chosen destinations, as well as personal and honest accounts of memories, relationships and emotions associated with each. It was from the essays that the recipes and menus subsequently emerged.

With respect to photography, the aim was to capture authentic representations of Diana’s rich text, whether positive or negative. Her essay on Spain, entitled Darkness and light: the soul of Spain, is somewhat brooding, even frightening in places, and the accompanying photographs are appropriately stark. Diana’s unease had its roots in her early engagement with Spanish literature: ‘Lorca’s plays were all bitterness and repression. Machado, Spain’s most famous poet, often wrote about the late afternoon, a time of shadows and melancholy.’ Her first visit, although enjoyable, did little to suppress her mild sense of anxiety. Describing the scene in the first bar she encountered in Madrid: ‘Serious men lounged in old leather chairs; bottles of sherry, the colour of treacle and maple syrup, were lined up behind a green tiled bar. Voices were deep; smoke and a gorgeous smell of tobacco filled the air and dust motes gave life to shafts of light. I was the only female.’ Diana got a sense of a troubled nation, choosing to bury its recent past through el pacto del ovido, ‘the pact of forgetting’. Maybe the parallels with her native Northern Ireland added to the impact. Despite a pervasive darkness, the Spanish knew how to have fun, how to present the best version of themselves to the world, as did her peers at home. 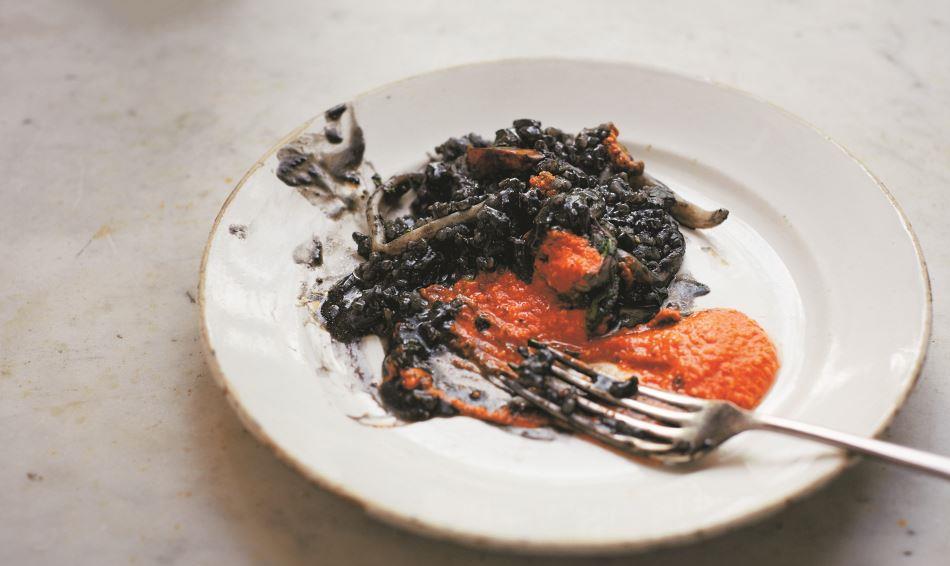 Arroz negro with romesco sauce (photography by Laura Edwards) from ‘How to Eat a Peach’.

One of the dishes chosen to follow this essay is arroz negro with romesco sauce. The photograph of blackened rice, set beside vibrant orange romesco, smeared on a white plate, is startling. It is an image of contrasts, of brutality, of excitement.  Although the most extreme example in the book, if anything characterises Diana’s distinctive use of photography, this is it. Instead of a pretty composition of a finished dish, typical for cookbooks and food magazines, the aim here is to capture a mood, even when that mood is dark.

Diana’s next book, From the Oven to the Table, will be published in September 2019. Again, the creative process began with a vision, in this case to convey the reassuring, anchoring power of simple, home-cooked dishes. After three days of the initial photo shoot Diana knew instinctively that the images were not working. She and Miranda had hoped the typically burnished, glistening, sticky appearance of oven-prepared food would itself convey the warm and welcoming spirit they were searching for.

This displays the value of the collaborative approach. A collective rethink was required to ensure the photographs captured the essence of this project: to help readers see the beauty in everyday things, to remind them that sharing food is life-affirming and to instil confidence by presenting achievable recipes.  To assist with the iterative process Diana composed an essay for the team that got to the heart of the book, and a passing comment on its focus from Nigella Lawson, that it should be about “generous food, warmly given”, helped to concentrate minds. Ultimately, the photographs in this forthcoming book capture something Diana worries we are losing in the UK – a love for preparing food at home to share with family and friends.

Looking back over Diana’s body of work, you can see continuity in her use of photography, despite the wide array of topics she has addressed. Whilst this has been shaped in part by her relationship with Miranda Harvey, the longevity of which is unique in the world of cookbook publishing, it also speaks of her attitude to food and sources of inspiration. Asked about food writers who have influenced her approach, Diana immediately sites Nigel Slater. She recalls one of his early magazine articles focused on picnics, the photograph for which showed ricotta wrapped in paper, with some olives and radishes. The simplicity was striking. He was encouraging his readers to appreciate food in its most basic, honest form. This is a style we can see in Diana’s writing and accompanying imagery. No matter where she is in the world, her preference is to focus on unpretentious, unadorned food that reflects domestic traditions.

It may be that Diana Henry’s innate aesthetic sense is the key to her success and appeal.  With her words she paints vivid pictures that draw readers into her imagined world and, crucially, her use of photographs strengthens and enlivens the stories she tells. 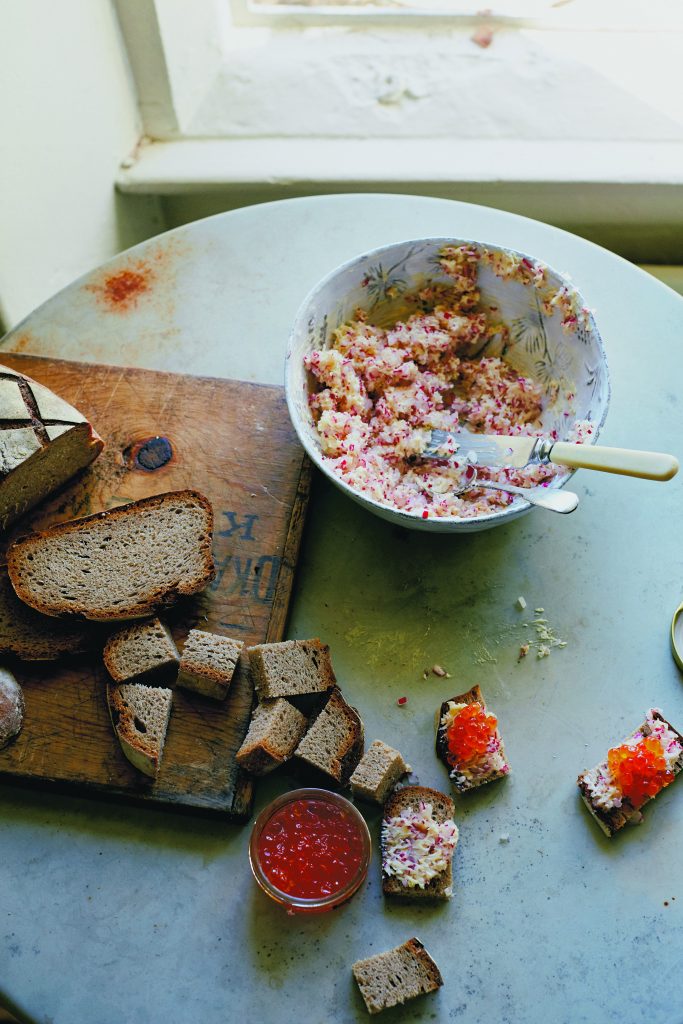 rye bread with radish butter and salmon caviar (photography by Laura Edwards) from ‘How to Eat a Peach’.