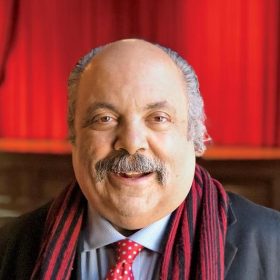 Patron of the Oxford Cultural Collective 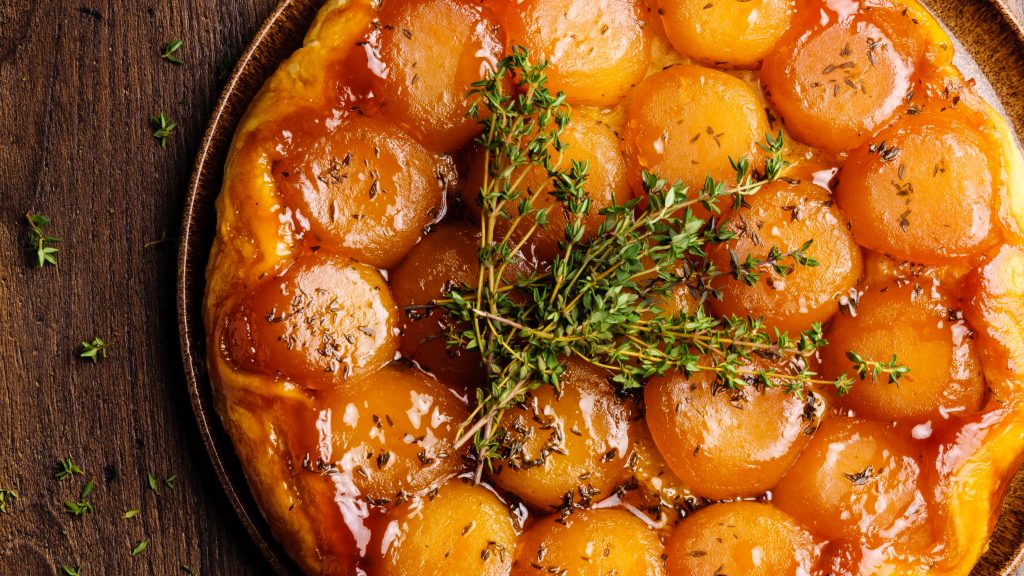 Fred Plotkin on Food in Portraiture

The finalists in the Marks and Spencer Food Portraiture category of the Pink Lady® Food Photographer of the Year 2019 delivered beautiful, enticing images of food that is ready to eat. Here, Fred Plotkin, Patron of the Oxford Cultural Collective and award-winning food and opera writer, reflects on food portraiture as a distinct genre.

“What a photographer cannot control, whether in a portrait of food or an image of war or calamity, is the emotional response of the viewer. That should not be the goal of the photographer. He or she is responsible for the image which, once released to the world, becomes the property of us all. And for us to savour, each in our own way.”

By what standard can one assess, describe, or contrast portraits of food? We know of the proverbial dilemma that tells us it is fruitless rather than fruitful to compare apples and oranges.

Imagine, then, trying to say something meaningful about how we could find commonality in photographic depictions of aubergines, beef, chocolate, and scallops? Many the photographer would aim their viewfinders at chocolate because, well, it is such a popular food. But the colour brown does not sing in photos and chocolate, on its own, does not have a seductive shape. It can appear in brownies, as melting ice cream or as a layer in a cake. Its appeal comes in anticipating consuming it or, perhaps, when it triggers memories of chocolate we have already tasted. Not much to look at but usually marvellous to eat.

Dairy products don’t make the most dramatic subjects for portraiture. Milk, cream, yoghurt—even ice cream—no matter how delicious, are undone by having to be contained in a glass, pitcher or bowl before being photographed. Cheese, which drives me wild with its fragrance, mouthfeel and persistence of sensational flavours, seldom makes a successful appearance in photos. It is better in life, where the nose does more anticipatory work than the eye.

In contrast, fruits and vegetables announce themselves with their brilliant colours and, if they are not predictably round, with their iconoclastic shapes that can become objects of desire. A big-bottomed pear, especially when sliced down the middle to reveal a juicy center, can be the stuff of dreams. So too, can apricots, artichokes, asparagus, bananas, cherries, fennel, figs, papaya and passion fruit. A succulent aspect, especially when it appears in contrasting primary colours, can inspire desire even if it comes in a conventional shape. For me, a halved grapefruit with a thin yellow rind just barely containing a flaming red centre dripping with juice, is in a category of visual nirvana all its own.

At times, something perfect can be undone by the perceived imperative to be decorative, whether that comes from a food stylist or a photographer. How is an apricot tart (as perfect a creation as one can imagine) improved by a spray of herbs?

There are foods that are unmistakably alluring in their natural form. Many of these come from the sea, whether it is the curvy leg of an octopus or a scallop recumbent in its own personal shell. Any kind of fish, ranging from a winsome anchovy to a mighty swordfish, is appealing in photographic terms, though they can all be revolting if seafood is not your thing.

You might prefer slices of hot meat, cooked well on the outside and pinkish red within. Or a hamburger on a bun piled so high with garnishes and condiments that you salivate with Pavlovian glee or recoil in horror. You probably would not ask a whole cow to stand for a portrait if beef is what you crave.

The way a photographer creates a portrait in food assumes, of course, that the food does not move. It is no longer on the hoof or in the sea. It probably is not a soup and, even if it is a quivery jelly, it will be captured in a moment of stasis. The photographer is drawn to shape and colour but also by how these can be assembled on a plate to be ready for their close-up.

What a photographer cannot control, whether in a portrait in food or an image of war or calamity, is the emotional response of the viewer. That should not be the goal of the photographer. He or she is responsible for the image which, once released to the world, becomes the property of us all. And for us to savour, each in our own way.

The other finalists in the Marks and Spencer Food Portraiture Category are shown below: 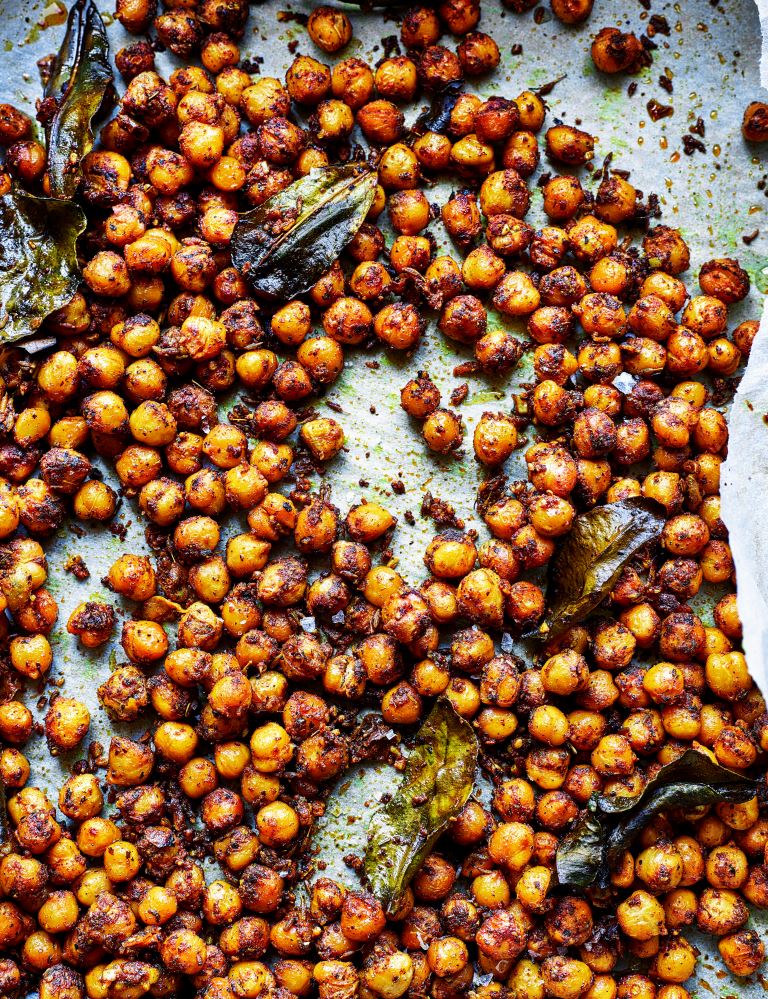 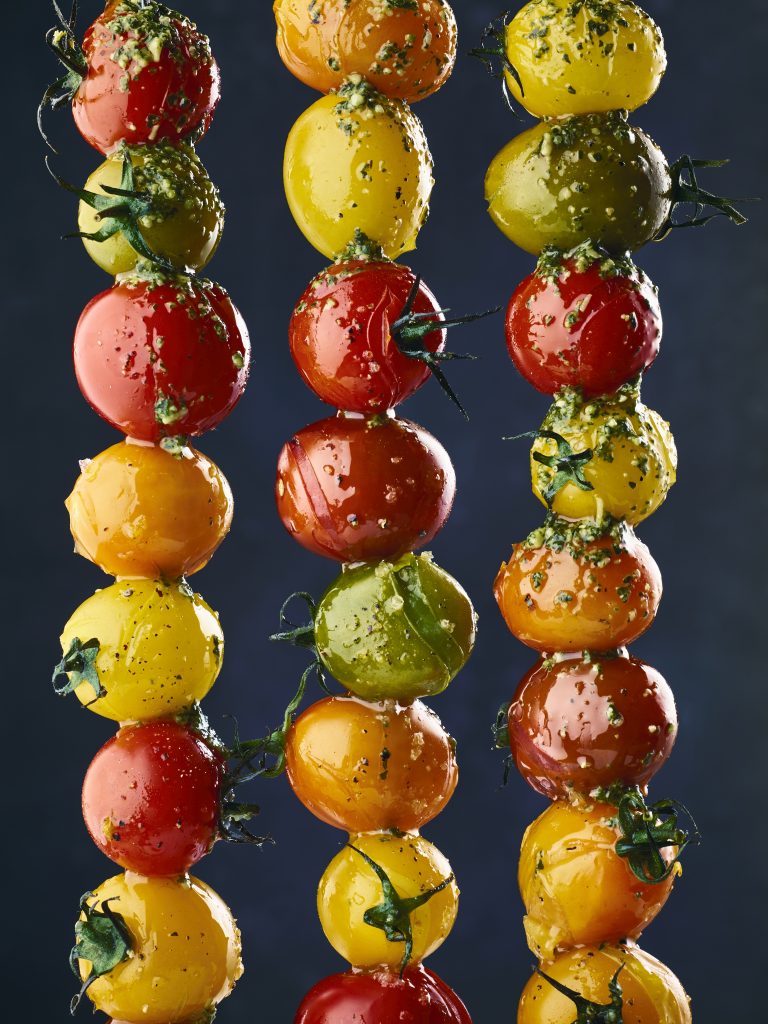 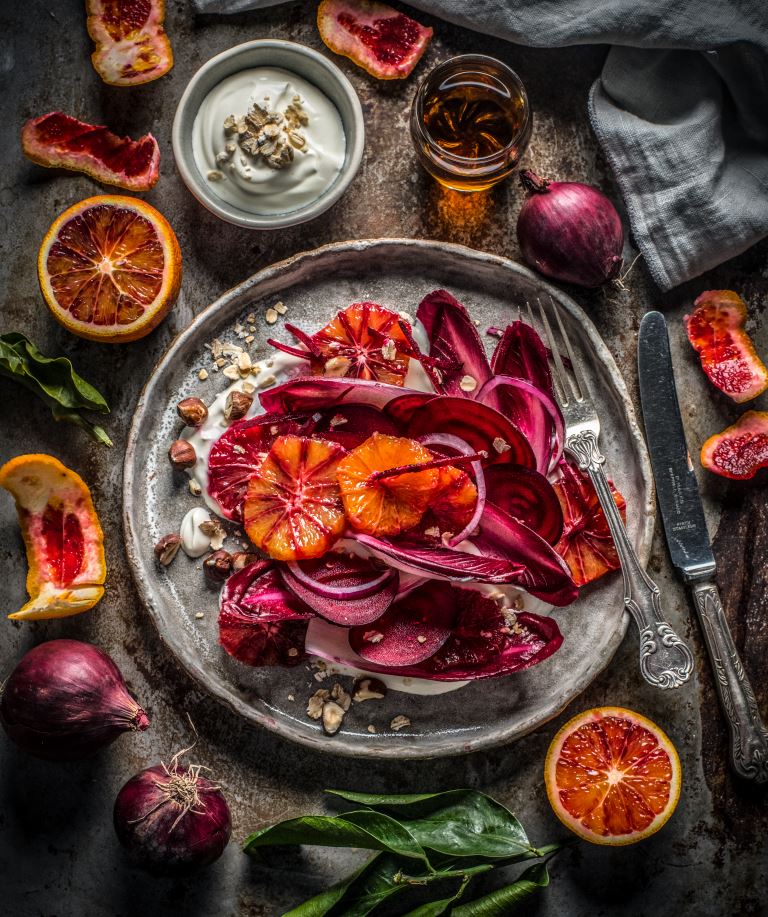 Sunset on a Plate by Del Sneddon 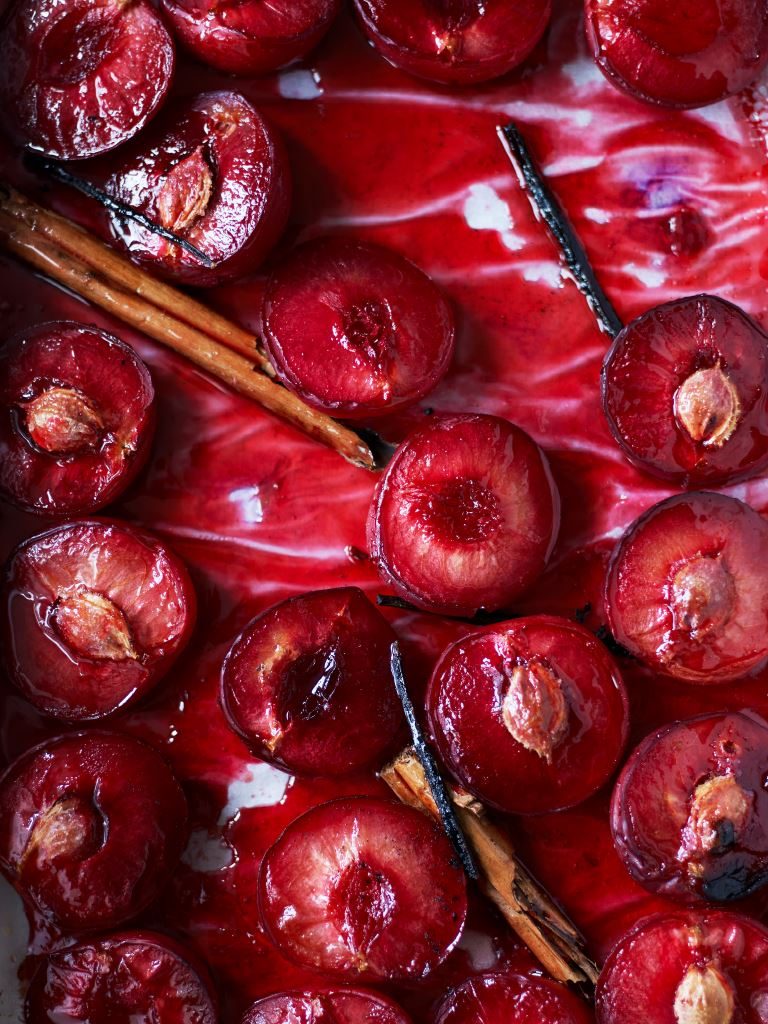 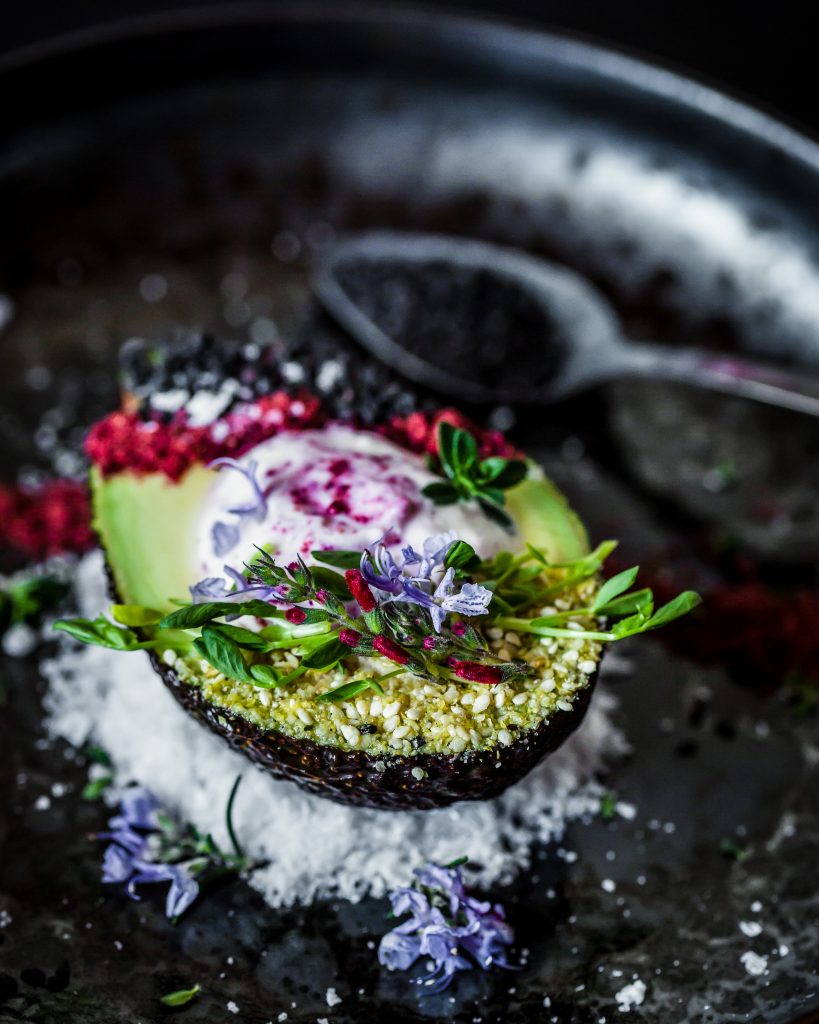 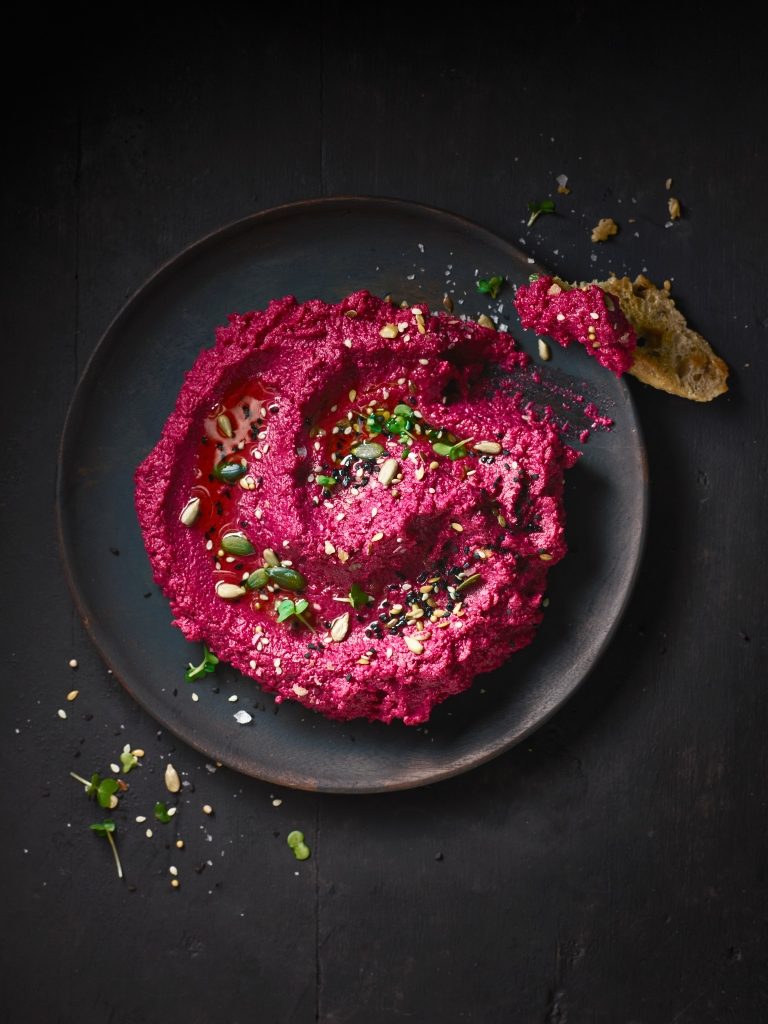 Dive in! by CHS Creative