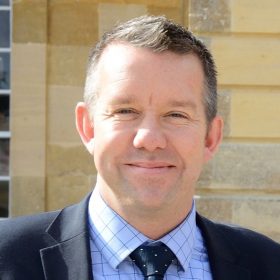 Prior to founding the Oxford Cultural Collective, Donald Sloan was Head of the Oxford School of Hospitality Management at Oxford Brookes University, a position he held from 2003 to 2017. In that role he was responsible for the performance of the School across all of its key areas of activity – the provision of an outstanding student experience, the production of internationally recognised research, productive engagement with industry and other external bodies, and reputation enhancement. Throughout his tenure the school received many plaudits, including being ranked in the top three hospitality schools the world in 2016 at the prestigious Worldwide Hospitality Awards.

He was also Head of Oxford Gastronomica, Oxford Brookes University’s centre for food and cultural studies, and was instrumental in establishing one of the world’s most substantial collections of culinary texts, based at Oxford Brookes, which now includes the private collections of Jane Grigson, Ken Hom, Prue Leith, Michael Jackson, John Fuller, Antonio Carluccio and the National Brewing Library.