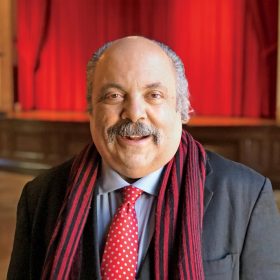 Fred Plotkin continues to have a rich and varied career that reflects his passion and expertise for opera, classical music, gastronomy, wine, history, culture, travel and anything related to Italy.

In a “Public Lives” profile in The New York Times on August 30, 2002, Plotkin was described as “one of those New York word-of-mouth legends, known by the cognoscenti for his renaissance mastery of two seemingly separate disciplines: music and the food of Italy.”

He has worked in opera and classical music for more than 45 years. His roles have included: stage director at La Scala, Milan; Performance Manager of the Metropolitan Opera; Consultant for the National Endowment of the Arts; and lead opera writer for WQXR, America’s oldest and largest classical music radio station. He is the opera expert for New York Times Journeys, for which he has also led trips focused on culinary history and traditions.

Plotkin is equally well-known for his knowledge and writing on Italian food and culture. His Italy for the Gourmet Traveller quickly established itself as the most complete guide to 504 Italian cities. His other Italian books include La Terra Fortunata: The Splendid food and wine of Friuli, Venezia Giulia; Recipes from Paradise: Life and Food on the Italian Riviera; Italy Today; The Beautiful Cookbook (with Lorenza De’Medici); and The Authentic Pasta Book.

In 2015, he was made a Cavaliere della Stella d’Italia, a high honour bestowed by the Italian government.